What Is Tinnitus And How Do You Get It? 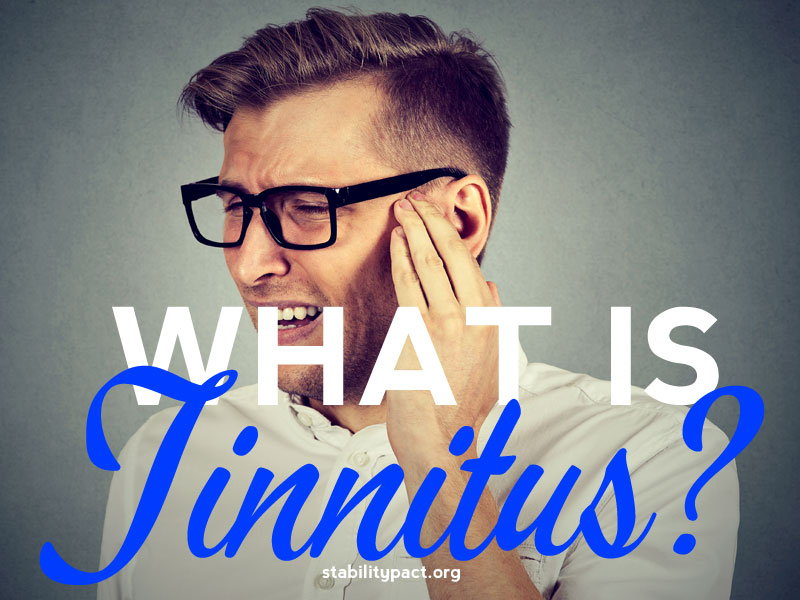 Tinnitus, often referred to as “ringing in the ears”, is a common condition that results in aural sensations such as humming, buzzing, or whistling of varying volume.  Occasionally, this may synchronize with the pulse, creating a ‘beat’.  This is referred to as pulsatile tinnitus.

Web MD states that approximately 50 million adults in the USA experience tinnitus.  In most cases, however, it is a mild annoyance rather than a severe condition.

In the worst cases, tinnitus can cause sleep deprivation and can affect concentration.  This can have corresponding negative effects on family life, work responsibilities, and overall quality of life.  As a result, mental health issues such as stress or depression often develop in patients suffering from tinnitus.

The most common causes of tinnitus include age related hearing loss, which usually begins around the age of 60, and prolonged exposure to loud noises.  The latter is common in musicians, carpenters, and other professions commonly associated with loud machinery or heavy stereo systems.

Loud noise over a long period of time often damages hair cells in the inner ear and disrupts the transmission of sound from the inner ear to the brain.  This “noise interference” is often experienced as buzzing, hissing, and crackling.

Natural occurrences within the ear may also contribute to tinnitus, such as earwax blockage or changes to the ear’s bone structure.  Earwax is essential for keeping the ear canal protected from dirt and bacteria.  However, sometimes too much can amass, causing a blockage.  This can cause irritation within the ear and can prevent clear hearing, both of which can lead to tinnitus.

In less common situations, tinnitus may be caused by underlying health conditions or disorders.  The Mayo Clinic suggests that tinnitus could be an early indicator of Meniere’s disease.  This is a disorder that affects the inside of the ear and is caused by abnormal fluid pressure.

Temperomandibular joint disorders may also cause tinnitus due to the effects they have on your jaw and skull and their proximity to the ear. Similarly, head or neck injuries can be a factor as trauma can affect the surrounding nerves and brain functionality.

Blood pressure irregularity can increase the likelihood of tinnitus or make existing tinnitus more noticeable.  This can be reduced by cutting back on caffeine and alcohol.

Tinnitus can also develop as a side effect to a number of medications, including treatments for cancer, such as mechlorethamine, diuretics including furosemide and ethacrynic acid, quinine medications used for illnesses like malaria, aspirin, antibiotics, and certain antidepressants.

Tinnitus affects not only your hearing, but also your overall quality of life.

If the tinnitus is caused by a pre-existing health condition or blockage, combating the condition itself will help eliminate or reduce the unwanted noise.  For example, ear irrigation is a simple process involving a high pressure rinse of the ear and can be helpful in removing excess build up of wax.

Sound therapy is another option that can help reduce the effects of tinnitus.  The humming associated with tinnitus is often more noticeable in a quiet environment.  Sound therapy aims to project quiet, nature-oriented sounds (ocean waves for example) to distract the user from the sounds of tinnitus.

Lastly, the NHS suggests cognitive behavioral therapy (CBT).  Although usually associated with mental health disorders, CBT can also be applied to tinnitus by helping sufferers change the way they view their condition.  The goal is to help patients deal with tinnitus more positively, thereby preventing the condition from worsening.